Victor is a new student at Creekwood High School on his own journey of self-discovery, facing challenges at home, adjusting to a new city, and struggling with his sexual orientation. When it all seems too much, he reaches out to Simon to help him navigate the ups and downs of high school.
Trailer 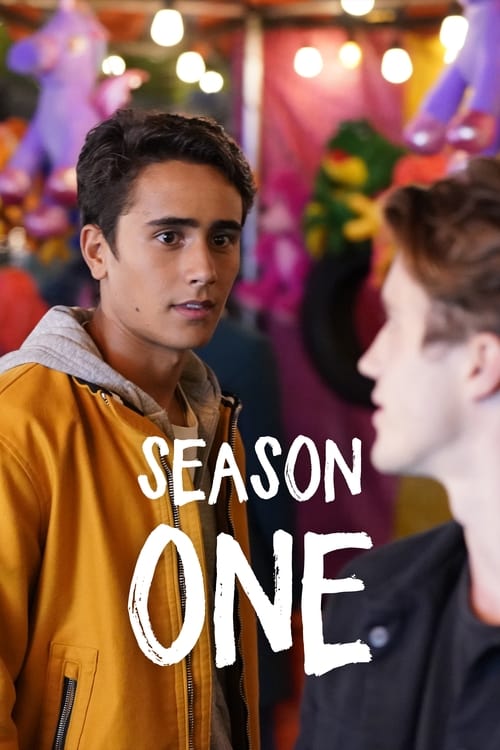 TV series about a high school philosophy teacher, Merlí, who teaches in an original way, and about the students of his class, including his own son, and the relationship, friendship, love, and problems between the students of the class.

A group of high school students navigate love and friendships in a world of drugs, sex, trauma, and social media.

Kimi ni Todoke: From Me to You

Kuronuma Sawako is completely misunderstood by her classmates. Her timid and sweet demeanor is often mistaken for malicious behavior. This is due to her resemblance to the ghost girl from "The Ring," which has led her peers to give her the nickname Sadako. Longing to make friends and live a normal life, she is naturally drawn to Kazehaya Shouta, the most popular guy in class, whose "100% refreshing" personality earns him great admiration from Sawako. So when Kazehaya starts talking to her, maybe there is hope for the friendships Sawako has always longed for. Maybe... there is even a little hope for some romance in her future.

Arata Kaizaki (27) quit the job he landed after graduation in only three months. His life did not go well after that. Now his parents are threatening to stop sending money, and want him to come back to the country. He has no friend or girlfriend to share his troubles with...as he hits rock bottom a strange man named Ryou Yoake appears. He invites Arata to join a societal rehabilitation program for NEETs called ReLife. This program uses a mysterious drug to make him look younger, and sends him back to high school for a year...

Sam, an 18-year-old on the autism spectrum, takes a funny, yet painful, journey of self-discovery for love and independence and upends his family.

It's 1996 in a town called Boring, Oregon, where high school misfits in the AV and drama clubs brave the ups and downs of teenage emotions in the VHS era.

The adventures of relatable and adventurous Riley Matthews, the tween daughter of Cory and Topanga Matthews, and her bold best friend Maya as they traverse the twists and turns of teenage years at Manhattan's John Quincy Adams Middle School where Riley's dad is their History teacher.

The story of a young teenager group, born 1999, and a pupil on Hartvig Nissens upper secondary school in Oslo, and her friends and their life, troubles, scandals and every day life. Which of the members represented changes per season.

Misaki Ayuzawa is the first female student council president at a once all-boys school turned co-ed. She rules the school with strict discipline demeanor. But she has a secret—she works at a maid cafe due to her families circumstances. One day the popular A-student and notorious heart breaker Takumi Usui finds out her secret and makes a deal with her to keep it hush from the school in exchange for spending some time with him.

After accidentally breaking a statue of the guardian god of the Asakusa district, middle school students Kazuki, Toi and Enta are transformed into kappas -creatures from japanese folklore- by Keppi, self-proclaimed prince of the Kappa Kingdom. If they want to regain their human form, they must collect the five Dishes of Hope for him, which fulfill the wishes of whoever possesses them. To do so, they will fight against the kappa-zombies and extract their "shirikodama", the mythical organ containing humans' deepest desires. Two policemen, Reo and Mabu, are the ones behind this evil scheme, turning humans into zombies as agents of the Otter Empire, enemy of the Kappa Kingdom since ancient times. In the guise of "Kappazon, Inc.", they control society by manipulating the desires of the masses for their own goals. To succeed in their mission, the boys must be connected through the "Sarazanmai", revealing their most intimate secrets in the process...

The story takes place in an age where "Ajin" (demi-human), more casually known as "Demi," have slowly started to become accepted into human society. Tetsuo Takahashi is a biology teacher who ends up teaching three such Demi, hoping to understand more about them while also managing to catch their attention.

An unusual, real-world romance involving relatable people, with one catch - there are three of them! You Me Her infuses the sensibilities of a smart, grounded indie rom-com with a distinctive twist: one of the two parties just happens to be a suburban married couple.

For a cool high school kid and his friends, thwarting authority figures and other enemies is not a problem.

The life of a group of adolescents going through the trials and tribulations of teendom at Degrassi Community School.

90210 revolves around several students at the fictional West Beverly Hills High School, including new Beverly Hills residents Annie Wilson and Dixon Wilson. Their father, Harry Wilson, has returned from Kansas to his Beverly Hills childhood home with his family to care for his mother, former television and theater actress Tabitha Wilson, who has a drinking problem and clashes with his wife Debbie Wilson. Annie and Dixon struggle to adjust to their new lives while making friends and yet adhering to their parents' wishes.

Raven Baxter is a winsome teen whose ability to glimpse flashes of the future often gets her into hot water.