When Walter White, a New Mexico chemistry teacher, is diagnosed with Stage III cancer and given a prognosis of only two years left to live. He becomes filled with a sense of fearlessness and an unrelenting desire to secure his family's financial future at any cost as he enters the dangerous world of drugs and crime.
Trailer 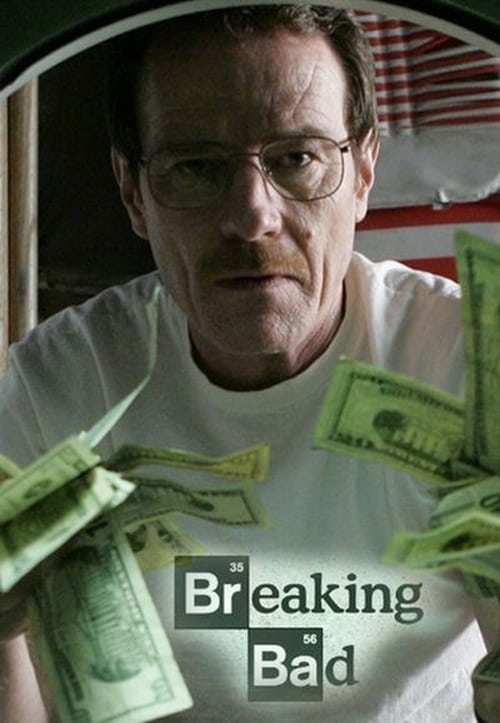 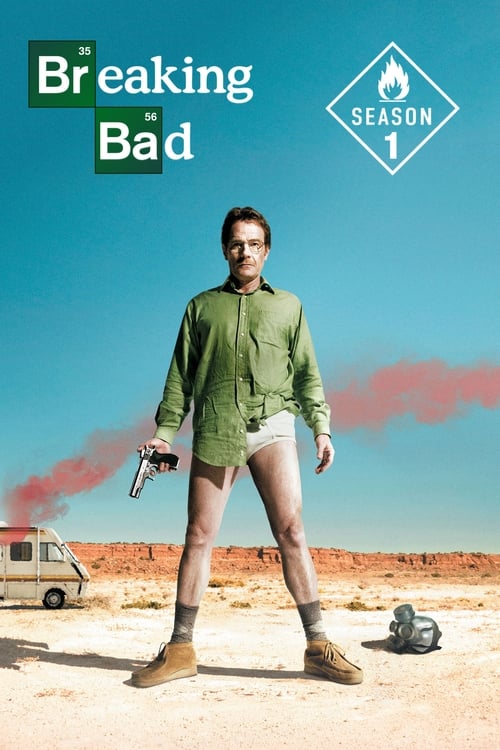 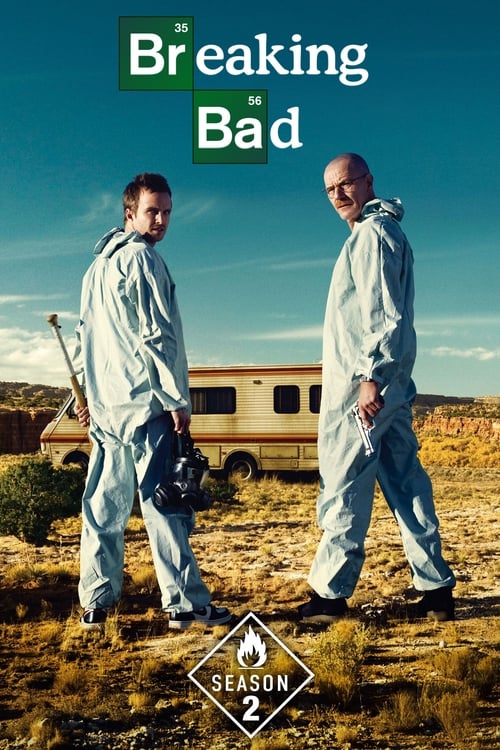 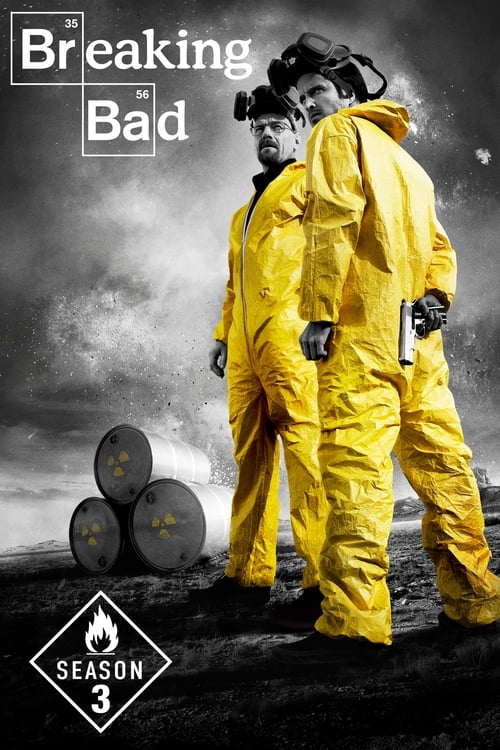 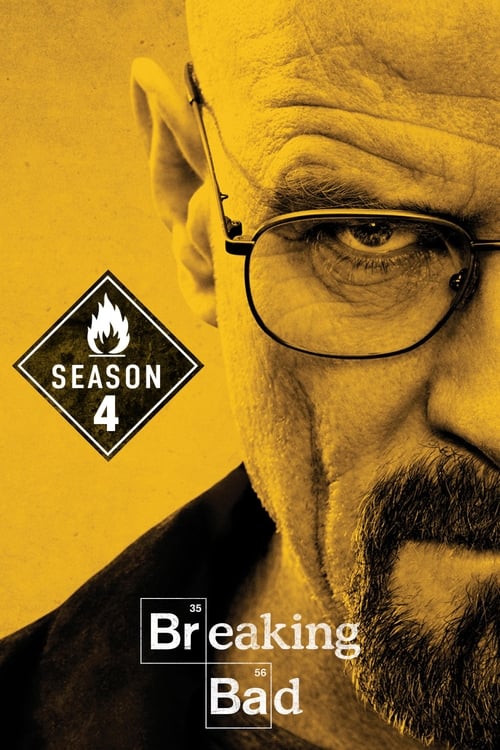 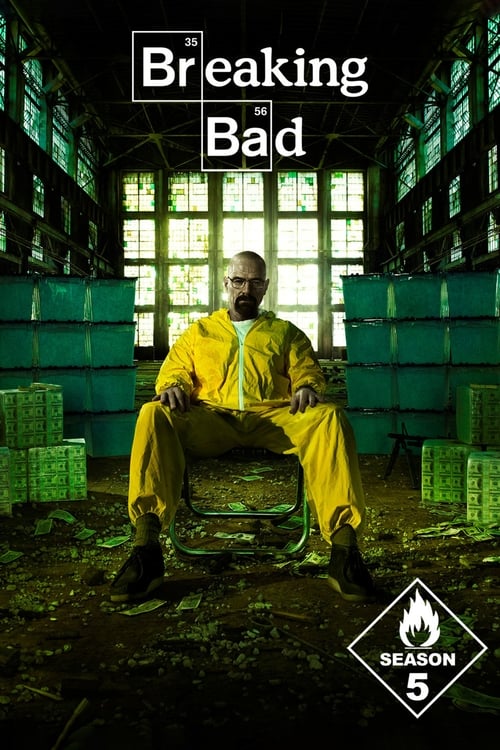 A gritty chronicle of the war against Colombia's infamously violent and powerful drug cartels.

A gangster family epic set in 1919 Birmingham, England and centered on a gang who sew razor blades in the peaks of their caps, and their fierce boss Tommy Shelby, who means to move up in the world.

After the unexpected death of her husband, a suburban mom resorts to selling weed to support her family.

A look at the life of notorious drug kingpin, El Chapo, from his early days in the 1980s working for the Guadalajara Cartel, to his rise to power of during the '90s and his ultimate downfall in 2016.

An adrenalized drama with darkly comedic undertones that explores a notorious outlaw motorcycle club’s (MC) desire to protect its livelihood while ensuring that their simple, sheltered town of Charming, California remains exactly that, charming. The MC must confront threats from drug dealers, corporate developers, and overzealous law officers. Behind the MC’s familial lifestyle and legally thriving automotive shop is a ruthless and illegal arms business driven by the seduction of money, power, and blood.

The story of an inner-city Los Angeles police precinct where some of the cops aren't above breaking the rules or working against their associates to both keep the streets safe and their self-interests intact.

Queen of the South

Teresa flees Mexico after her drug-runner boyfriend is murdered. Settling in Dallas, she looks to become the country's reigning drug smuggler and to avenge her lover's murder.

17-year-old Joshua "J" Cody moves in with his freewheeling relatives in their Southern California beach town after his mother dies of a heroin overdose. Headed by boot-tough matriarch Janine "Smurf" Cody and her right-hand Baz, who runs the business and calls the shots, the clan also consists of Pope, the oldest and most dangerous of the Cody boys; Craig, the tough and fearless middle son; and Deran, the troubled, suspicious "baby" of the family.

In the year 2517, after the arrival of humans in a new star system, follow the adventures of the renegade crew of Serenity, a "Firefly-class" spaceship. The ensemble cast portrays the nine characters who live on Serenity.

Based on Robert Saviano's bestselling book, this gritty Italian crime drama paints a portrait of the brutal Neapolitan crime organisation the Camorra, as seen through the eyes of Ciro Di Marzo, the obedient and self- confident right-hand man of the clan's godfather, Pietro Savastano.

Follow Reggaeton artist Nicky Jam's struggles to overcome drug addiction and rise to international success in this dramatization of his life story.

Secrets at the Hotel

The story of Secrets at the Hotel begins in 1908. Julio Olmedo and Isabel Alarcón travel on the same train to the Gran Hotel, property of the Alarcón family. Both of them ignore that their lives will take a new twist in that place, produced by love, treason, and the secrets hidden there.

A group of high school students navigate love and friendships in a world of drugs, sex, trauma, and social media.

Los Angeles. 1983. A storm is coming and it's name is crack. Set against the infancy of the crack cocaine epidemic and its ultimate radical impact on the culture as we know it, the story follows numerous characters on a violent collision course.

A young mother kills a stranger in a fit of unexplainable rage. An inquisitive detective obsesses over the case, attempting to get to the bottom of the true motive behind the act.

The cases of master criminal defense attorney Perry Mason and his staff who handled the most difficult of cases in the aid of the innocent.

Sterling Archer is the world's most daunting spy. He works for ISIS, a spy agency run by his mother. In between dealing with his boss and his co-workers - one of whom is his ex-girlfriend - Archer manages to annoy or seduce everyone that crosses his path. His antics are only excusable because at the end of the day, he still somehow always manages to thwart whatever crises was threatening mankind.

Limitless, based on the feature film, picks up where the movie left off and follows Brian Sinclair as he discovers the power of the mysterious drug NZT, and is coerced into using his newfound drug-enhanced abilities to solve weekly cases for the FBI.

Chicagoan Frank Gallagher is the proud single dad of six smart, industrious, independent kids, who without him would be... perhaps better off. When Frank's not at the bar spending what little money they have, he's passed out on the floor. But the kids have found ways to grow up in spite of him. They may not be like any family you know, but they make no apologies for being exactly who they are.

Irreverent comedy drama which follows the messy lives, loves, delirious highs and inevitable lows of a group of raucous teenage friends in Bristol.